The Omega Speedmaster: To the Moon and Back | Celebrating 50 years since Apollo 11 auction organized by Sotheby’s featured an exclusive selection of 43 pieces from the best watch brands chosen according to their condition, rarity and quality. Total sale including costs: 1 205 375 $ USD, selling more than 85% of the lots presented. 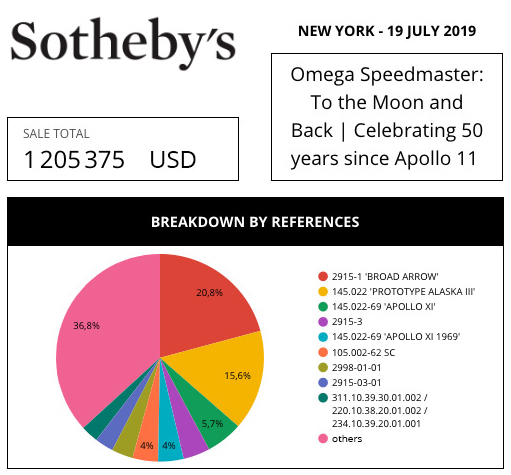 The market has demonstrated once again its strength on the auction block, we have noticed the presence of the three leading watch references : 2915-1 ‘Broad Arrow, 145.022 ‘Prototype Alaska III’ and 145.022-69 SP ‘Ultraman’. 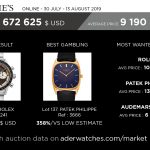