Independent watchmakers set the trend on the auction block

Since the beginning of September, the watch auction season has picked up again with a first sale in London and then a series of sales in October in Hong Kong. Watchmaking cre-ativity was particularly honored, around independent watchmakers whose talent was greeted with remarkable results. No doubt that these performances will be confirmed in the sales of November in Geneva.

Whether it is George Daniels, Richard Mille, MB & F or Philippe Dufour, the talent of big names in independent watchmaking has indeed been welcomed under the gavel auction. The record sale George Daniels at Sotheby’s London opened the record-breaking season in early September, as an exceptional watch signed by this genius watchmaker became the new world record in this category.

Just a posthumous reward for George Daniels, a master watchmaker who illuminated the world of timepieces and whose works have become resolutely masterpieces of art since the creator passed away in 2011. But they are also contemporary creators of which the talent was greeted by the auction market this early season. True pillars of the Swiss watch industry, these independents infuse the market with the pace of slowness, a time of inspiration again respected. The meticulousness and passion with which they work on their watch creations elevate their creations to masterpieces of art. As proof, the auction results of this starting of the season, paying tribute to their exceptional creativeness.

All these creators have in common to submit to the sole rule of inspiration, evolving in a world of meticulousness and passion where these artists create inspired by their passion for the beautiful object, voluntarily moving away from the infernal cadence of watchmaking. The MB & F brands (Maximilian Büsser & Friends) and Philippe Dufour achieved remarkable results at the beginning of the auction season. Anxious to preserve his soul, Maximilian Büsser has striven successfully to model a real creative laboratory, made up of a collective of craftsmen, watchmakers and engineers. Under their expert gaze, the watch becomes a part of the soul of these enthusiasts, reflecting the talent of these craftsmen of genius.

Creative freedom is the master standard of their work, to better transgress the beaten path and explore creative and technical territories still virgins. Philippe Dufour, also honored in the series of auctions sales of this starting season, is today unanimously recognized as one of the masters of complicated watches. Highly technical creations, from the very first model Simplicity, a model that has unleashed the passions and propelled this brilliant creator to the rank of master by collectors all over the world, starting with Asian amateurs.

The good results of these craftsmen of the dream watchmaker are truly a sign of the times, where pleasure is again associated with creativity, slowness deliberately facing against frantic pace of our consumption.

Starting point of the season, Sotheby’s auction September 19th in London once again highlighted the genius of George Daniels. Out of a total sold 4’685’416 GBP, two record results have been realized by watches from this great master of watchmaking. Lot 121, a gold grand complication so called “Space Travellers” with a low estimate of 1,200,000 GPB, almost tripled its estimate, reaching a record price of 3,196,250 GPB. A record price at the height of rarity of all his pieces made, since only two “Space Travellers” models came out of George Daniels’ expert hands, one belonging to a private collector since 1988; the second sold by Sotheby’s just a month ago being the more complex of the two, thanks to the additional function of a very specific chronograph.

In the continuity of this success, a second exceptional piece, a wristwatch signed George Daniels, set fire to the auction room. Lot 122 issued from the Millenium series, with the famous co-axial escapement invented by George Daniels in the mid-1970s, was intended to commemorate the new millennium. Its creator initially envisaged realizing only a dozen Millenium watches. Faced with the success of the first models, he decided to make a limited edition with 47 yellow gold pieces, including the one sold here, and 7 pieces in white gold. The low estimate of this watch, 80,000 GBP, was literally pulverized since the lot was sold 200,000 GBP.

In October, it was again the Swiss independent watchmakers who set fire to the auction rooms, this time in Hong Kong. The position of Sotheby’s Hong Kong is strengthened by the fact that auctions realized a figure of almost 100 million HKD in only two sales. Let us point out very good results for independent names like Richard Mille, MB & F and Philippe Dufour.

Finally, the auction of October 13, intermediary in the calendar of Sotheby’s Hong Kong watch season, totaled an amount sold of HKD 12’343’125. Among the flagship lots, it is once again the independent watchmaker Richard Mille that was the pinnacle of the auction with lot 9545, an interesting wristwatch with a blackened ceramic movement sold 775,000 HKD.

Many surprises from the watch auction world that lead me to have a longer reflection about this article focusing on independent watchmakers from the auction block. It seems essential to me that they are the renewal scene of Swiss Haute Horlogerie. Like in the fashion industry, you have two different sectors “couture” and “haute couture” and some of these master watchmakers to some extent have the genius and creativity of Yves Saint Laurent.

Nevertheless, the season is going to be full of events, we will soon give you an overview of the upcoming Geneva auctions with its highlights, now tempo is more likely to come from Phillips New York since the Rolex Daytona “Paul Newman” of Mr. Paul Newman is set to smash all records beyond imaginable results. Like the painting by Leonardo da Vinci which will be auctioned at Christie’s in New York, it is a trophy for any collector. 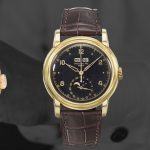 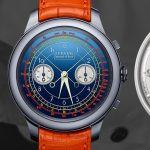